Coloring inside the lines vs. drawing your own picture

Never been a better time to be remarkable 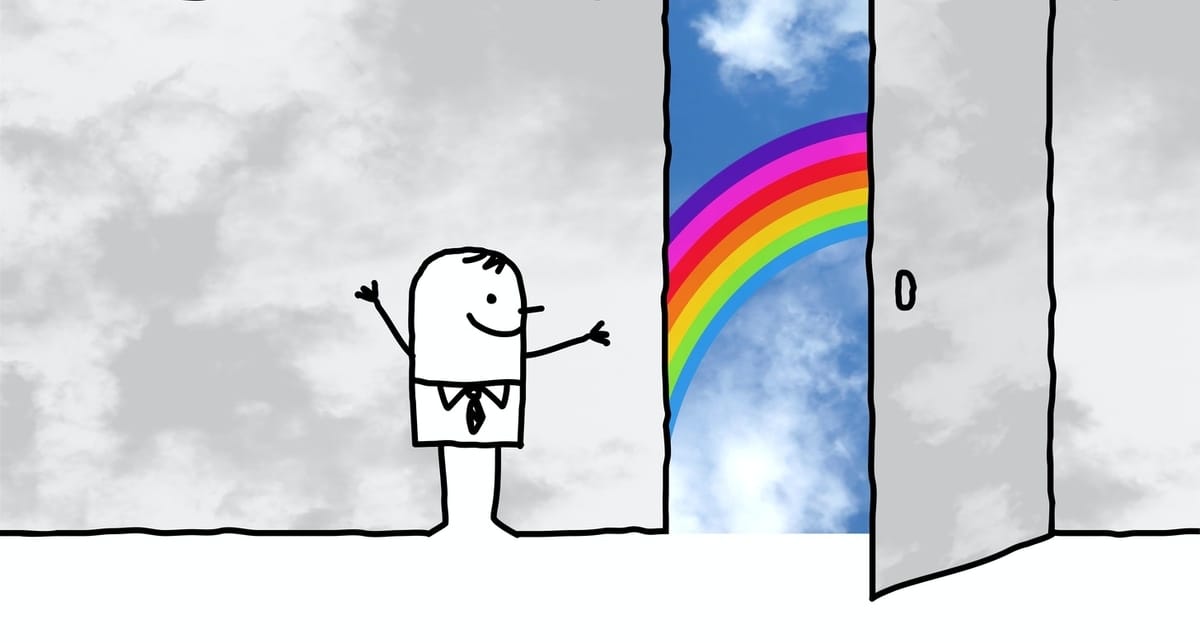 We spend our first 20 year coloring inside the lines. And then we spend the next 40 years feeling trapped, yearning to draw our own picture. Accurate?
‍

Paul Graham wrote about how we are not designed to have bosses. He argues that working for a big company is the job equivalent of eating pizza everyday. It might feel good to start, but it’s not the food your body is optimized to eat. He’s not exactly an impartial figure as the head of a startup incubator whose returns depend on a healthy pool of entrepreneurs, but his words do strike a chord.
‍

Coloring inside the lines

The corporate world may look different from the academic ivory tower, but the properties of a ladder persist. To move up, you need to study the rules (no matter how nonsensical) that govern the climb. In school, many tests are bad and can be hacked to get good grades. At work, many promotion cycles are opaque and can be manipulated to get more money / status.
‍

During my short stint in Big Tech, I found myself bumping up against arbitrary territory lines between different teams within the same company. I was young and curious, working at a place where the scope of responsibility was extremely narrow, and there was little accountability between individuals and outcomes.
‍

I was living a real-life Dilbert cartoon. My coworkers and I agreed that this was where people’s ambitions would go to retire. Sure enough, there was a general malaise among the people who’d settled in. The kind of malaise from too much pizza.
‍

Drawing your own picture

Nobody likes a malaise, so why don’t more people break free? While the idea is nice to ponder, it’s also terrifying to pick up a pencil and draw your own picture when you’ve spent decades coloring inside the lines.
‍

As much as corporate BS may grate on you, turning down a steady (fat) paycheck is scary. That paycheck is actually a great deal for the (below) average performer. It’s the remarkable performers who take home far below their market value.
‍

Of course, most people think they’ve above average. That sacred belief stays intact when coloring inside the lines, but doing your own thing asks for brutal honesty. It also requires some serious delayed gratification because you start by working insanely hard for next to no money.
‍

The price of freedom is a lot of sweat, a ton of risk and the potential sobering reality check that there are limits to your exceptionalism after all.
‍

I’ve been telling myself to start a blog for over 6 months. Four months ago, I started writing privately in search of my “voice”. Two months ago, I started telling people about my plan to increase my accountability. Two weeks ago, I claimed my handle on Substack. I still haven’t shared any of my posts publicly as of this writing. It’s hard to face the music not knowing what it will sound like. But wherever this goes, I do know that the feeling of creating something that’s mine from a blinking cursor is the kind of thrill that Paul Graham wrote about.
‍

The fear of starting to draw your own picture may not ever disappear, but it’s never been a better time to try to be remarkable. The internet enables the kind of discovery and distribution that has allowed niche businesses to find their footing and thrive.
‍

We don’t need to spend the next 40 years yearning to draw our own picture. That day is here. And if you’re not falling down occasionally, it just means you’re coasting.