And knowing when to break them 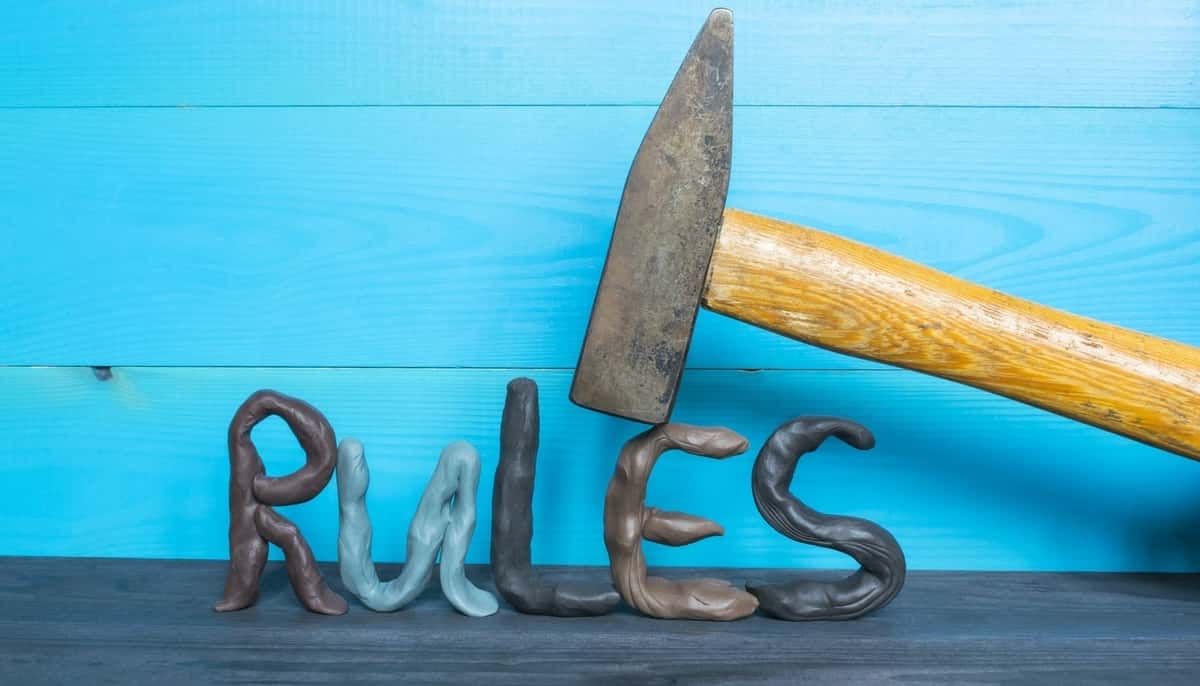 To get extraordinary results, you need to break some rules. In the words of Pablo Picasso: “Learn the rules like a pro, so you can break them like an artist.” Building products is a great place to exercise this because good products can be manufactured through science, but great products are crafted through art.

Here are five rules that are commonly followed, and when to deviate from the well-trodden path.
‍

Don’t make people jump through hoops. Everything should be found within 3 clicks. These rules make sense in the abstract. However, there are two nuances to call out:

Rather than seeing friction as an evil, use it as a tool.

If your business model is monetizing attention, reducing friction like TikTok is a smart strategy. You want to get as many people consuming content as soon as possible.

If your business model is delivering on a very specific, bespoke experience, adding positive friction like StitchFix’s style quiz is a necessary trade-off. By learning more about your customers, you’re better positioned to give them a quality, recurring experience that they will subscribe for.

The more universal truth is maximizing value per action. You always want to get as much signal as possible from each additional action required of the user. Ideally, you have a thesis for what value you can deliver with each step, and a path to realizing that value, rather than throwing in hurdles to see what happens.
‍

Speed matters, but the timeframe you measure over matters even more. If someone were to ask you to get to the Eiffel Tower ASAP, you would probably take the time to determine the fastest route, rather than start racing on foot. Yet when it comes to building products, sometimes we start shipping before we know where we want to go.

‍By slowing down in the beginning, you can ship faster overall. By developing a clearer idea of exactly what problem you’re solving for and why, you can formulate a path that gets you there faster. You don’t need to agonize over the perfect route, but you should feel good about the direction you’re heading in.

A great question from John Cutler is: are you shipping faster than you learn, or are you learning faster than you ship? I was once an eager beaver PM, and solidly in the first camp. Our team was shipping so many experiments every week I could barely keep track of the results.

The goal of shipping is to learn. You want to swim in a steady stream of learnings, not drown in a flood.
‍

This is a polarizing topic. People typically either ignore data entirely or worship at its feet. The latter camp calls themselves “data-driven”, which I find a bit dangerous. I prefer “data-informed”.

When you have enough data, it can help confirm whether specific anecdotes are an anomaly or a trend. It can help you size the reach and frequency of a potential feature. In short, it can help you make more informed decisions.

But to do so, you need to know what to look at. Data can be a blackhole. If you don’t know what you need to (dis)prove your thinking, you can get sucked into analysis paralysis. There’s an infinite number of ways to cut the data! It can also be tortured to tell any story. So you can’t have data drive your decisions, you need to wield it as a tool to inform your thinking.

You also need enough data. Perhaps you’re working on emerging ideas that have little data because it’s on the cusp of becoming something big. All data comes from the same place: the past. Henry Ford didn’t have data on how many cars he could sell in a horse-carriage world. Elon Musk’s data on how many Teslas he could sell would’ve been laughable given electric cars were an afterthought at the time.

The most promising ideas address non-consumption, which is the idea of an untapped market: people who have jobs to be done but are overlooked by the existing offerings. Rather than competing for a slice of the pie head-on, you’re growing the pie.

By its nature, non-consumption isn’t clearly captured in data. If it were, it would quickly turn into consumption. Being data-informed means finding clever proxies for what you want to know. It also means recognizing when data will do you no good, and leaning more on qualitative insights.
‍

Customers don’t know what they want

This is mostly true, but it’s important to understand why. Customers don’t typically spend all day and night thinking about how to solve a particular problem unless it’s their job or side hustle. When they do, they can be in a great position to spill the secrets. So if you’re keen on this, you should try to find customers who spend a lot of time thinking about what you think about.

And if that doesn’t work out, remember this: even if most customers don’t know what solutions they need, they do know their own problems well. If you are building for someone that’s not yourself, understanding the problem space is the most valuable foundation to invest in.

Customers are rich in insights when you know what they spike on and why.
‍

A busy team is a productive team

I used to play Tetris with sprint planning. I thought my job was to maximize utilization of the team, so I would (re)size and invent blocks that would fit perfectly into the schedule so we would have no downtime. It was exhausting for everybody involved.

Chasing output in search of outcome is a tempting trap.

Ideally, your focus on the outcome leads to a bountiful roadmap that keeps the team productive, but productivity is in service of the outcome, not the measure. And if you can get the same results with a smaller team, that should be celebrated as a win! Smaller teams mean greater accountability and skin in the game. Plus, everyone gets to know each other better.

I recently heard the concept of the hell yes vs. hell no. The idea is that we often commit to doing things that we feel mildly about, which leaves less opportunity to jump on the “hell yes” when it comes around. In times of abundance, we should consider anything that isn’t a “hell yes” as a “hell no”. This whittles our priorities down to only the things we feel strongly about.
‍

To wrap it up

The science of building products is mastering the rules. The art is knowing when to break them. This is why it’s important to internalize rather than memorize the rules.

There isn’t one tool to rule them all. Just like you wouldn’t use a butter knife to cut through marble, you need to use the right tool for the job at hand. The blend of art and science makes the journey more fun, and hopefully a little more impervious to GPT-3. :)

Why “validate your idea” is bad advice

Instead, use stair step approach to de-risk your idea